The “profitable cow” is a cow that has a high production, good fertility, high disease resistance and is easy to milk and handle. Thus, a cow that continues to produce and create income year after year without causing you any troubles. 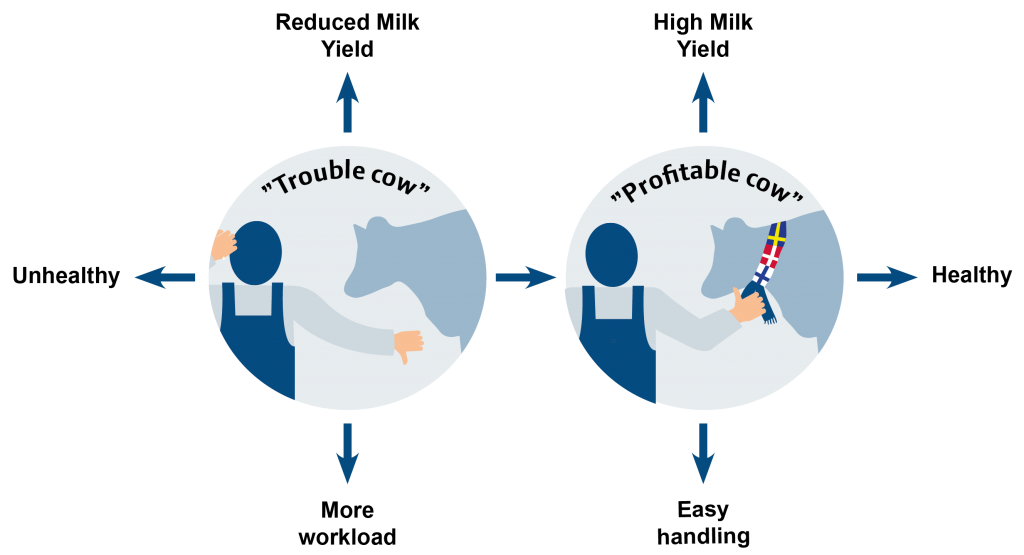 With NTM you get unique information about the traits that give you less trouble and less work – the more profitable cow. And we can prove that it works in practice!

Cows with higher NTM perform better than cows with a lower NTM. This is shown by dividing cows within herd into two halves based on NTM at birth (high and low NTM group) and comparing production results.

Some examples of the improved performance of high NTM cows:

The results show that NTM works in practice and provides the Nordic farmers with an increased profit per cow through improved production, fertility and health. Consequently, NTM also improves lifetime production.